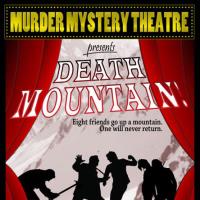 In stock, instant download.
£11.99
January. The Swiss Alps. Eight friends travel from around the globe for their annual reunion at a luxury mountain retreat. But before long they are snowed in and tempers begin to flare. By dawn, someone will be dead – murdered in cold blood by one of their closest friends. But who will be killed...and who will do the killing?

WINSTON BURCHILL – a British politician, renowned for passionate tirades against injustice and corruption.

HIROKAMI MUKARU - a Japanese novelist and samurai master, winner of the Nobel Prize for Literature.

VINCENT VAN VINCI - a French painter, lauded for his exceptional masterpieces and feared for his violent temper.

THERESA MATER - an American humanitarian, respected for her selfless dedication to tending the poor and hungry.

MIKKEL SHOEMAKER - a German racing driver, infamous for his love of women and fast cars.

OLGA PAVLOVA - a Russian ballerina, recognized as the most thrilling and glamorous dancer of the 21st Century.

From the creators of the best-selling boxed games, Murder Mystery Theatre gives you and your guests the chance to act in a thrilling murder mystery in your own home! The bigger the performance, the greater the fun! With a script packed full of danger, intrigue and unexpected twists – plus suggestions for costumes, sets and props – Murder Mystery Theatre provides everything you need for a truly dramatic night in!

Murder Mystery Theatre is a sophisticated murder mystery party game for players aged 12 to adult. The fully developed storyline encourages players to get more involved in the mystery, and with no “main” character or obvious victim, any one of the players could kill or be killed, increasing suspense throughout the course of the evening. The plot is peppered with red herrings and unexpected twists to keep even the sharpest amateur detectives guessing!

There is an ‘intermission’ between each Act, allowing food and drinks to be served and players to discuss ‘the story so far’. At the end of Act Three, each player announces who they think is the murderer then the victim reads out the solution. The game finishes with the host presenting awards. 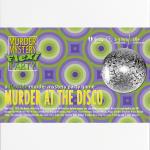 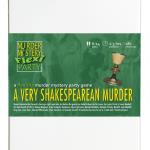 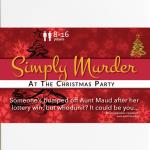 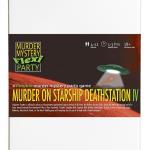 We bought the game for our 14 year olds birthday party. It was easy to set up and the scripts made it easy for everyone to join in. Lots of laughing and giggling could be heard and the best bit of all was that it was an evening 'screen' free- amazing achievement! We would highly recommend.Alison (2017)

Great fun, easy to get everyone involved, made the evening go with a bang! Andrew (2017)

I just wanted to share that we did our church murder mystery evening "Death mountain" last night and it was a great success! Those who took part enjoyed their roles and the audience were very appreciative of their efforts!  The script was well written, funny and easy to perform without rehearsal!  There is already talk of doing another in the autumn so we will be ordering one of the others then! Thanks for the advice and for giving us the confidence to try something new!! We managed to raise a good amount for our church project fund and all those who came said they would come again when we put our next one on!!Rev Catherine Booton (2017)

Played this with my family for my 21st birthday. It was really fun and everyone enjoyed it a lot. Everyone took it really seriously and there was fabulous acting. Can't wait to do another one! Anon (2016)

We used the download for a fund raising event. The village hall was decorated as a Swiss chalet filled with snowflake decorations and with an optional dress code of apres ski! We gave the audience styrofoam snow balls to throw! The players volunteered and we did one run through. The script was great. We over egged everything and some players even ad libbed. We asked the audience to stand and do the actions for the song with Olga. They loved it. She even dragged someone from the audience to demonstrate. It went down a storm! We made Ł800 to repair the floor so we can do another one next year! An atmosphere which we could create as we did for Murder Mountain would be ideal if there are more scripts planned? Not sure the two alternatives would work quite as well. Thank you for your advice which helped us to choose DEATH MOUNTAIN although we did change the title to Murder on the Piste!Anon (2015)