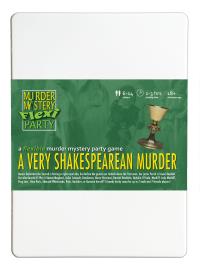 In stock, free UK delivery.
Order in the next 13 hours, 15 minutes and we ship today!

In stock, free UK delivery.
£19.99
OR
What scream through yonder window breaks? Queen Derivative the Second is having a right royal ado at her Elizabethan court, but before the guests can forketh down the first oxen, her jester Yorick is found deaded in his chambers! But who-duneth-it? A bawdy bardy romp for up to 7 male and 7 female players!

MURDER MYSTERY FLEXI PARTY Û
Take the stress out of hosting with our bestselling brand!
* Play with ANY combination of 6-14 guests. No-one is 'bolted on', everyone's a suspect.
* The murderer is chosen on the night so the party still goes on if someone can't make it!
* No random guessing! Suspects have different stories if they're guilty, with important clues to help you solve whodunit.

ONLY SUITABLE FOR AGE 18 YEARS AND OVER. Contains frequent poetic innuendo and mature themes. 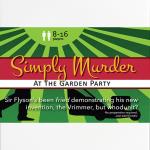 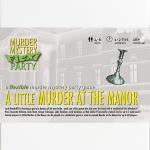 Very good fun, the 'deal a murderer' is great as nobody knows whodunnit and you can play with odd numbers of guests (so many sets are couple-centric). The flipside though is that the pre-recorded evidence goes through ALL the possible suspects and becomes tedious when three or four aren't active. This can lead people to switch off a bit. But overall really good fun, a solid 4 stars. 30th birthday (2016)

A Game of Murder in Moordoor

Sadly, for us, it did not tick any boxes. We found the game confusing and provided little entertainment. The laughs we had came from the costumes adorned and the characters we all gamely put on. Not...
© D'Avekki Studios 2015 | Registered Office Address - Fleetwood, West End, Gorefield, PE13 4PH | Company Number - 4989192 | VAT Registration Number - 834 4928 07 | © Murder Mystery Store 2004